First, thanks so much for the nearly 50 people who showed up for the retreat. Thank you for your openness to the process, your willingness to share, and, of course, your dancing!

You can see the slide deck here and all the newsprint here.

We began with the hopes for the day,

We begin to have common understandings about growth and begin to give guidance to Session as it plans for the future.

Bruce’s Reflection on “Who is FPCPA?”

I talked a bit about FPCPA being like a bear coming out of hibernation ready to greet the world — maybe a little hungry, but eager for what the seasons ahead. I also posed three aspects of FPCPA that seem to be core values as a way to test out if we needed to do a full Mission Study. The three things were:

We had a little discussion about what might still be missing or what makes FPCPA unique, but these three things seemed to generally resonate with folks as core values.

We then moved into a process of idea sharing which consisted of four groups doing work together. With each session, there were four different questions. Each group started with questions and simple answered and recorded on newsprint. After a few minutes, the newsprint would rotate repeating until each group had a chance to record responses. The original group would then lift up highlights and report back to the whole group. The following are the three rounds with the four questions. The second and third parts are based on the four-fold nature of Christ in the world: Prophet, Priest, Pastor, and Poet.

Process, Part I: What do we think about Growth?

Process, Part II: What have we been doing?

Process, Part III: What could we be doing? 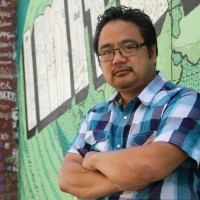